Hello there, I have a 96 with almost 80k on it. I bought it with about 69k back in October. I purchased it from the Honda dealer here and bought a warranty with it. Right before I bought it, the Honda dealer had it at the Ford dealer to replace one of the cams. Shortly after I bought it, I would say in November another cam failed. Now, I am hearing the ominous, familiar tapping. I am going to take it back to the Ford dealer and go through this again. When I had one of the cams replaced in November, the service writer said that Ford had updated parts. I am not sure what to think about that. So far, nothing I have read on this website has indicated anything about updated cams. I assume welding the cams might void my warranty. So far they have replaced a cam, inner tie rod, and rack and pinion under warranty. I would say that the warranty has paid for itself. I love this car, but wonder if it is worth it to put the money into having the cams welded, or if I should just get rid of it. Of course I had to finance it, so I am upside down in it. I am just glad I got the warranty. If anyone knows whether or not the warranty would be voided by having the cams welded I would like to know. I don't want to sell the car, and of course being upside down in it, that would be kind of tough anyhow. I thoroughly enjoy my SHO. I did not do any research on it before I bought it. So, I was not aware of the cam problem until after I started checking out this website. I have always wanted a SHO. I think the thing I like best about it, is the sleeper aspect of it. Well, sorry to ramble, but just wanted to share my feelings about the V8 SHO. 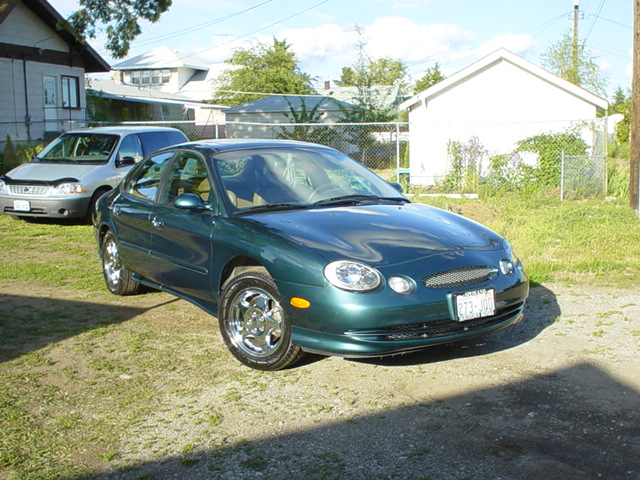 I hate when anything "rare" happens to one owner three times.

Just an update on my little situation. As I mentioned before, I bought my 96 this past October. The stealer I bought it from had one cam replaced just before I bought it. About a month later another one failed. The stealer tried to convince my warranty company to just replace the other two originals as well because Ford has "updated" parts. They only replaced the bad one. Then, three weeks ago, I heard the familiar sound and took it in again. They thought at first it was the tensioner and timing chain. They told me they needed to pull the motor to confirm and replace those parts. Well, it turns out that the tensioner and chain are fine, but low and behold, another cam has failed just as I had suspected. This time however, they were able to talk the warranty company into paying for the final two. That is cool, but I will still need to get them welded. I would like to find someone in either Spokane or Portland. They have me in a Mazda 6 and I miss my SHO. I am not used to this 4 banger!